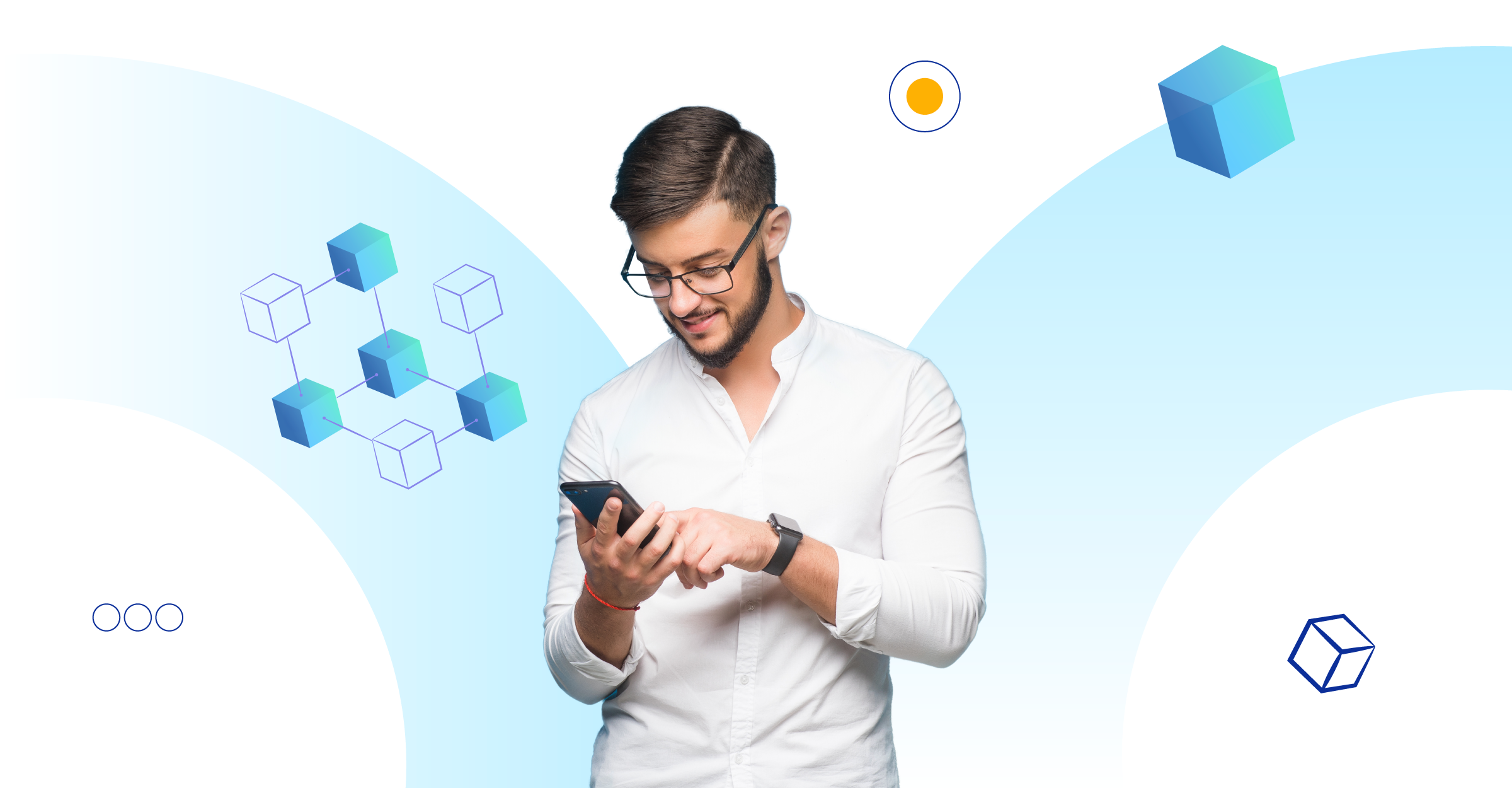 Having customer loyalty programs to maintain loyal customers are no not something new . But the new trend has emerged; blockchain based loyalty program.

Before discussing cryptocurrencies, it is essential to discuss the technology that enables them; blockchain. It is a decentralized and encrypted ledger.

It is also known as a public repository of information engineered to be immutable and incorruptible. It maintains a public database and records all transactions made by the people participating in that network.

When people initiate a transaction, a series of cryptographic processes creates a record of the transfer. In this case, the 'transfer' can be a bitcoin, a piece of data, some physical property, or any asset. What is essential in this transfer is the technology that supports how the transfer is secured and recorded.

How can Blockchain Add Value to Loyalty Programs?

Let's be honest here, there are too many loyalty programs, each with its way of earning point mechanism and how to them. It can lead to frustrated customers and a lot of unused points.

However through blockchain, companies can decentralize their loyalty programs, and consumers can enjoy the full benefits of blockchain technology. 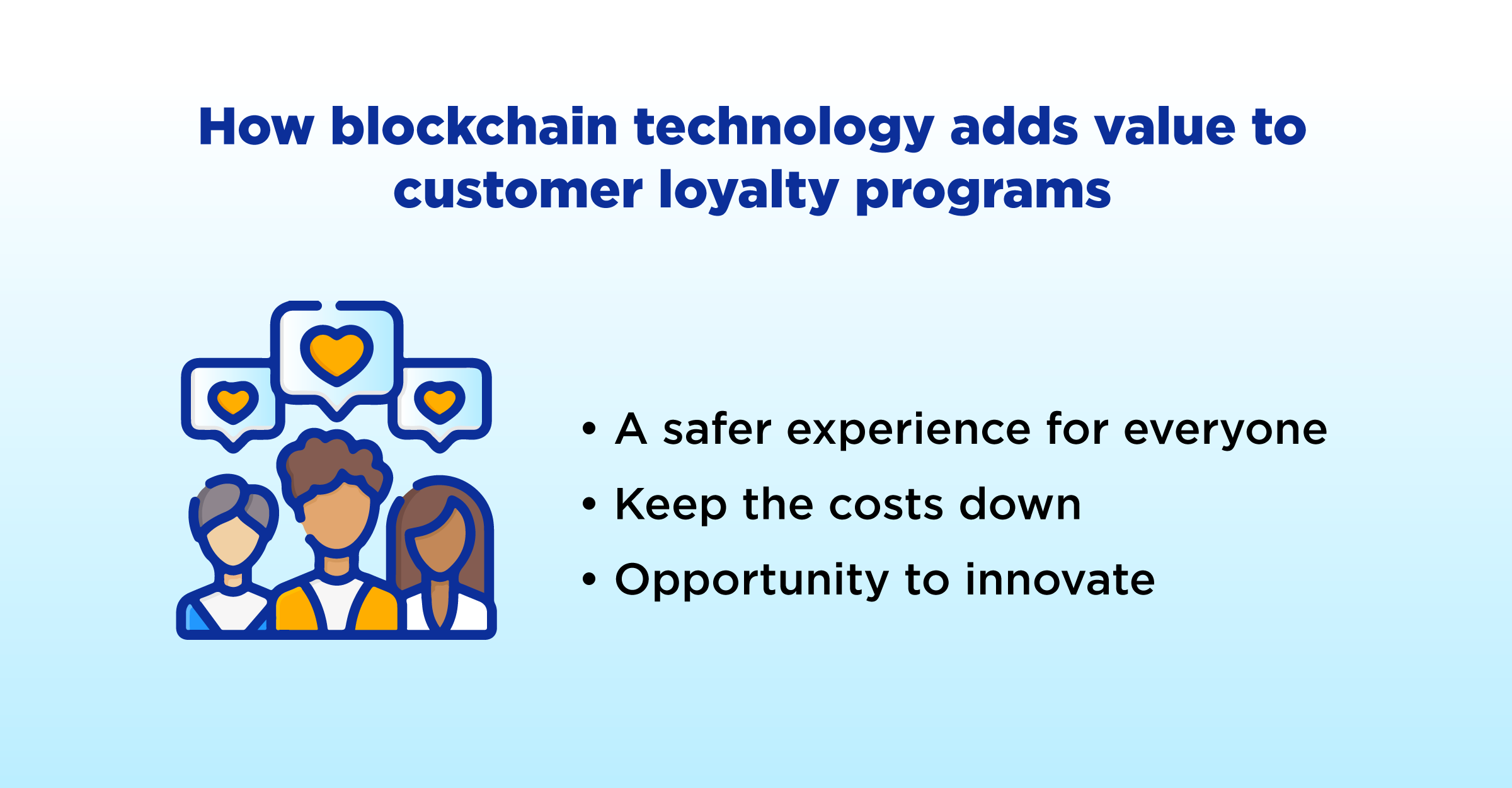 Unsurprisingly, security resonates as a significant concern among customers. Brands can't be cocky about security with so much personal data involved.

Blockchain allows customers to exchange tokens for rewards without compromising confidential data. Blockchain is also decentralized, so data is not in one location. Apart from keeping customer data safe, it can also help minimize errors and fraud through smart-based contracts.

Transactions on the blockchain ledger are cryptographically secured, immutable, and timestamped, increasing transparency and making everything traceable.

With blockchain's ability to run programs in real-time, companies can reduce administrative and personnel costs.

How do Blockchain Based Loyalty Solutions Work?

Here's a simple overview of how a blockchain based loyalty solution works:

Blockchain Based Loyalty in Indonesia

Compared to countries like the United States, the hype of blockchain and cryptocurrency loyalty programs in Indonesia has not been heard loudly. However, its introduction has been massive in various sectors, especially the conversation of Metaverse and NFT has made crypto and blockchain developments progressive in Indonesia.

At the moment there are not too many companies use blockchain for their customer loyalty programs. Its appearance has just touched the developing stage.  But, by looking at the skyrocketing development of blockchain in the world market, the blockchain based loyalty program may become the center of attention in the near future.

Can Blockchain Be the Future of Customer Loyalty Programs?

A secure and decentralized blockchain ledger might solve customers' problems with traditional rewards programs, such as fraud, inflexibility, and clutter issues.

Blockchain-powered customer loyalty programs are still gaining traction. Still, it will be interesting to see if this trend fully emerges and is embraced by companies around the world to make their loyalty program looks unique and more attractive, especially to millennials and Gen Z customers.

The blockchain technology can be used to enable transactions in loyalty schemes (e.g., when loyalty tokens are issued, redeemed, or exchanged).

Every transaction that is recorded in the blockchain is immutable and encrypted. Only the members with the appropriate digital keys can only read the data in those records.

Each block on the blockchain is cryptographically chained to the next, creating a secure, virtually unhackable solution. Therefore, loyalty points can be stored on the blockchain, securely available anywhere. It dramatically benefits by reducing the cost of administration and making it highly functional.

So, it will not be surprising if in the next few years, more and more global companies and local companies are adopting this technology for their loyalty programs.